The True Face of the Palestinians’ Leader

The editor of the Palestinian news agency Maan recently summarized remarks Palestinian Authority President Mahmoud Abbas made in a conversation with him, as well as in a speech he gave in Bethlehem last week. Some of what Abbas said, according to this report, such as his statement that the PA would not collapse but rather would disappear only after a Palestinian state was founded, were widely quoted in the media. But other remarks, like those made recently by Fatah Central Committee member Jibril Rajoub, did not reach Israeli or global media consumers. The latter heard only limited reports on statements by Rajoub and Abbas, who are very cosseted by the media overseas. 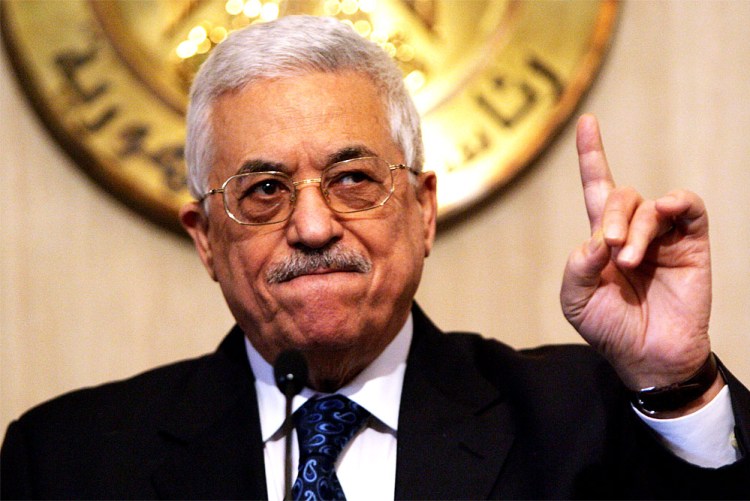 For example, Abbas said that the security situation in Tel Aviv and Jerusalem is worse than in Gaza or Ramallah; that the “popular intifada will go on until the end of the occupation and there will be no return to negotiations without recognition of all the rights of the Palestinians;” that “progress toward an agreement must be achieved by international intervention;” that “the intifada would have been peaceful if the soldiers of the occupation had not killed Palestinian demonstrators, but now for every terror attack, for every knife and for every shooting by a Palestinian there is an explanation and the Israeli government is responsible for the bloodshed on both sides.”

With regard to Prime Minister Benjamin Netanyahu’s call to the Jews of France to move to Israel, Abbas said he “puts his faith in time and a demographic struggle that will bring down the Zionist theory.”

Rajoub declared that Fatah regards the 17 “martyrs” who were buried on January 1 in Hebron as heroes (terrorists whose bodies were returned to the Palestinians) ,and Fatah encourages young Palestinians to follow their path. According to Rajoub, the issue came up in a meeting of the movement’s Central Committee (which Abbas heads), and it was decided to support these actions.

Instead of reporting these statements, Israeli and global media consumers received a report on the concerns of Israel’s security establishment over the collapse of the PA and indications showing a change in Abbas’ attitude to knife and car-ramming attacks, a change that would manifest itself in stopping young Palestinians on their way to areas of friction and in increasing efforts to restrict Hamas’ actions.

This is a misunderstanding of Abbas’ position, which continues to encourage terror, but not by means of firearms, and is prepared to cooperate on a limited basis with Israel in preventing Hamas from carrying out attacks with firearms. In any case, these reports should have sufficed for Netanyahu to decide that Israel should do everything possible to prevent the collapse of the PA.

What can we learn from Abbas’ and Rajoub’s comments? First, whether they were responsible for the launching of the current wave of terror or not, they are now taking responsibility for it. Not only do they refrain from denouncing it, they encourage it. That is, no longer can the terror attacks be presented as an assemblage of individual acts. It should be recognized as a national campaign whose fighters, the knife-wielders and the car-rammers, are acting openly according to the directives of their leadership, which has no need to formally organize or direct these acts to ensure public response. The lack of security brought about by their actions in the streets of Jerusalem and Tel Aviv is the tool by which the leadership expects to rack up achievements on the diplomatic level.

The second conclusion is that Abbas is more realistic than could be gathered from the threats of various officials in Israel and his own arrogant statements. Not only does he negate the possibility of the PA’s collapse, with which he used to threaten Israel, but he also admits for the first time that the entity he heads is an “authority” and not a “state.”  All the external signs of statehood that he tried to adopt are therefore meaningless from his perspective as well. Moreover, since there will be no PA collapse, Israel will not need to deal with the warning by the Israeli left and many in the West that it will have to choose between a democratic and a Jewish state.

The third conclusion, perhaps the most important, is that Abbas continues to rely on the idea that time and demographics will bring about the end of Zionism. His strategic goals have not changed, and so he continues to refuse to recognize Israel as the nation-state of the Jewish people. This also explains his opposition to the involvement of Israeli Arabs in terror attacks – he fears that this will spur a process that will lead to their transfer out of Israeli territory.

Israel must use these statements to expose the true face of the Palestinian leadership. Not to worry, the Palestinians won’t hate us more than they do already, but they might conclude that continuing terror is not worth their while.

Anyone who tries to sell the Israeli public the false picture that there is a partner for true peace on the Palestinian side does not know the Palestinian mindset. Abbas is prepared only for an agreement that does not contradict his strategic aim of bringing down Zionism. Those who present the achievement of such an agreement as Israel’s supreme objective should not be surprised when most of the public does not trust them. If the Israeli left and center awaken from this illusion, condemn Palestinian policy and call on the Western countries to do likewise, support for them will increase and there may be a chance that Palestinian aims will change. Meanwhile Abbas is leading his people to a perpetual suffering, because there is no chance that Israel will give in to terror.

Brig.-Gen. (res.) Yossi Kuperwasser is Director of the Project on Regional Middle East Developments at the Jerusalem Center. He was formerly Director General of the Israel Ministry of Strategic Affairs and head of the Research and Analysis and Production Division of IDF Military Intelligence.