Efraim Karsh: Israel’s Arab Citizens Are the “Main Danger” to Its Future

Comprising roughly one fifth of the population, over the past quarter century Israeli Arabs have increasingly come to adopt a Palestinian identity, “reject Israel’s continued existence as a Jewish state,” and employ “both violent and … sophisticated means to achieve this goal.” 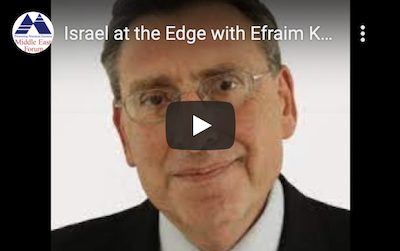 Efraim Karsh, editor of the Middle East Quarterly and director of the BESA Center for Strategic Studies, spoke to a June 7 Middle East Forum webinar (video) about the growing radicalization of the Israeli Arab community.

According to Karsh, the “main danger to Israel’s continued success, or even existence over the long run,” is posed not by Iran or the myriad armed Islamist proxies operating along its frontiers, but by Arab citizens of Israel. Comprising roughly one fifth of the population, over the past quarter century Israeli Arabs have increasingly come to adopt a Palestinian identity, “reject Israel’s continued existence as a Jewish state,” and employ “both violent and … sophisticated means to achieve this goal.”

Israeli Arab radicalization is not based on economic grievances. Then-outgoing Israeli Prime Minister Benjamin Netanyahu “improved the lot of the … Israeli Arabs over the last decade by a huge margin,” with Israeli Arabs becoming more “[integrated] in Israeli society” and enjoying improved “economic and social wellbeing.”

Although the “historic roots” of Israeli Arab radicalization can be traced back to Israel’s occupation of the West Bank and Gaza and the emergence of the PLO in the 1960s, what really jumpstarted the process was the 1993 Oslo Accords. The Oslo process “brought the Palestine Liberation Organization [PLO] into Israel’s politics.” 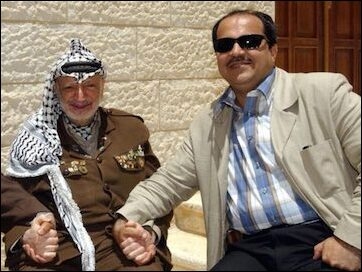 PLO chairman Yasser Arafat addressed Israel’s Arab population, which he called the “the 1948 Arabs,” by citing Quranic verses to incite them against the Jews and promising to put them “on top” of their oppressors. A new generation of Arab Israeli leaders and newly formed Arab Israeli political parties (e.g. Balad and Ta’al) openly embraced Arafat and mirrored PLO talking points by calling for Israel to become a state of “all its citizens” – code for “the end of the Jewish state.” Ta’al leader Ahmad Tibi even served formally as Arafat’s advisor. A 2006 “Future Vision” paper published by a committee of the heads of Israeli Arab municipalities referred to the state of Israel as “colonial” implant and demanded state recognition of “Palestinian Arabs” in Israel as “an indigenous national group” with a formal “right to veto” laws. A recent anti-Netanyahu demonstration In Tel Aviv’s Habima Square had “PLO flags there by the dozens, [but] not a single Israel flag.”

The escalating demands of Israeli Arabs have gone hand-in-hand with “growing violence” by Israeli Arabs “every time” Israel has come to blows with its adversaries. The 11-day Israel-Hamas war in May witnessed Israeli Arab violence on an unprecedented scale. As Hamas was firing thousands of missiles into Israel, Jews were attacked in the streets of demographically mixed Israeli cities that were “supposed to be showcases of coexistence,” said Karsh. “Synagogues were torched, about a dozen,” and ” hundreds of shops [and] private houses were ransacked.”

The violence underscored not only that Israeli Arabs are growing “more nationalized, more radicalized, [and] more Islamized,” but also that Hamas has supplanted the PLO as the lead influencer inside Israel. 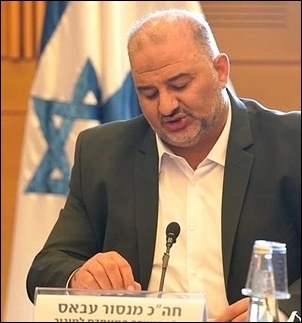 Karsh was scathing of the inclusion of Israel’s Islamic party, an offshoot of the Muslim Brotherhood, in Israel’s new governing coalition. Even if the pledges of its leader, Mansour Abbas, to “use the Israeli system” to advance Israeli Arab interests are genuine, “pragmatism is not to be confused with moderation,” he said. “Pragmatist means ‘I’m not going to achieve my goal by beating my head against the wall time and again’,” and plenty of “pragmatists” went on to become some of history’s worst offenders. “Hitler was a pragmatist up to a point – he got Czechoslovakia without firing a single shot.”

Going forward, the IDF must “prepare for a multi-front war” in which Israeli Arabs join Hamas and Hezbollah in attacking Israel. There are “half-a-million illegal weapons in Arab neighborhoods” by Karsh’s estimation, and collecting them will entail a major IDF operation involving “house-by-house” searches.

Meanwhile, Jewish Israelis must set clear “red lines and rules of the game” regarding Arab Israelis, welcoming their integration into society with full rights but steadfastly emphasizing that “Israel is a Jewish state … [and] there is nothing you can do about it.”

Marilyn Stern is communications coordinator at the Middle East Forum.

Related Topics:  Israel & Zionism This text may be reposted or forwarded so long as it is presented as an integral whole with complete and accurate information provided about its author, date, place of publication, and original URL.