The delegation includes senior doctors, orthopedists, neurologists, heart surgeons, and mental health experts, according to PHRI. The doctors have also opened a mobile medical facility in the southern Gaza town of Khan Younis to accept patients.

By Aaron Boxerman
Reprinted from Times of Israel, December 3, 2020

A delegation of Israeli doctors entered the Gaza Strip on Thursday morning to provide free treatment for hundreds of Gazans impacted by the coronavirus pandemic.

The medical delegation — organized by Physicians for Human Rights – Israel — is the first of its kind from Israel to the coastal enclave since the beginning of the pandemic nine months ago.

The twelve doctors, all of whom are Israeli Arabs, will conduct surgeries, medical training, and instruction for Palestinian medical teams, the rights group said.

The delegation will bring some medical equipment and drugs with which to help combat the pandemic. But the doctors’ chief focus will be on other urgent cases that have been delayed as Gaza’s hospitals have filled with coronavirus patients.

The delegation includes senior doctors, orthopedists, neurologists, heart surgeons, and mental health experts, according to PHRI. The doctors have also opened a mobile medical facility in the southern Gaza town of Khan Younis to accept patients.

“The treatments will not deal with coronavirus, but rather with the chronically ill and other emergency cases whose treatment has been delayed because of coronavirus,” said Ran Yaron, a spokesperson for PHRI. 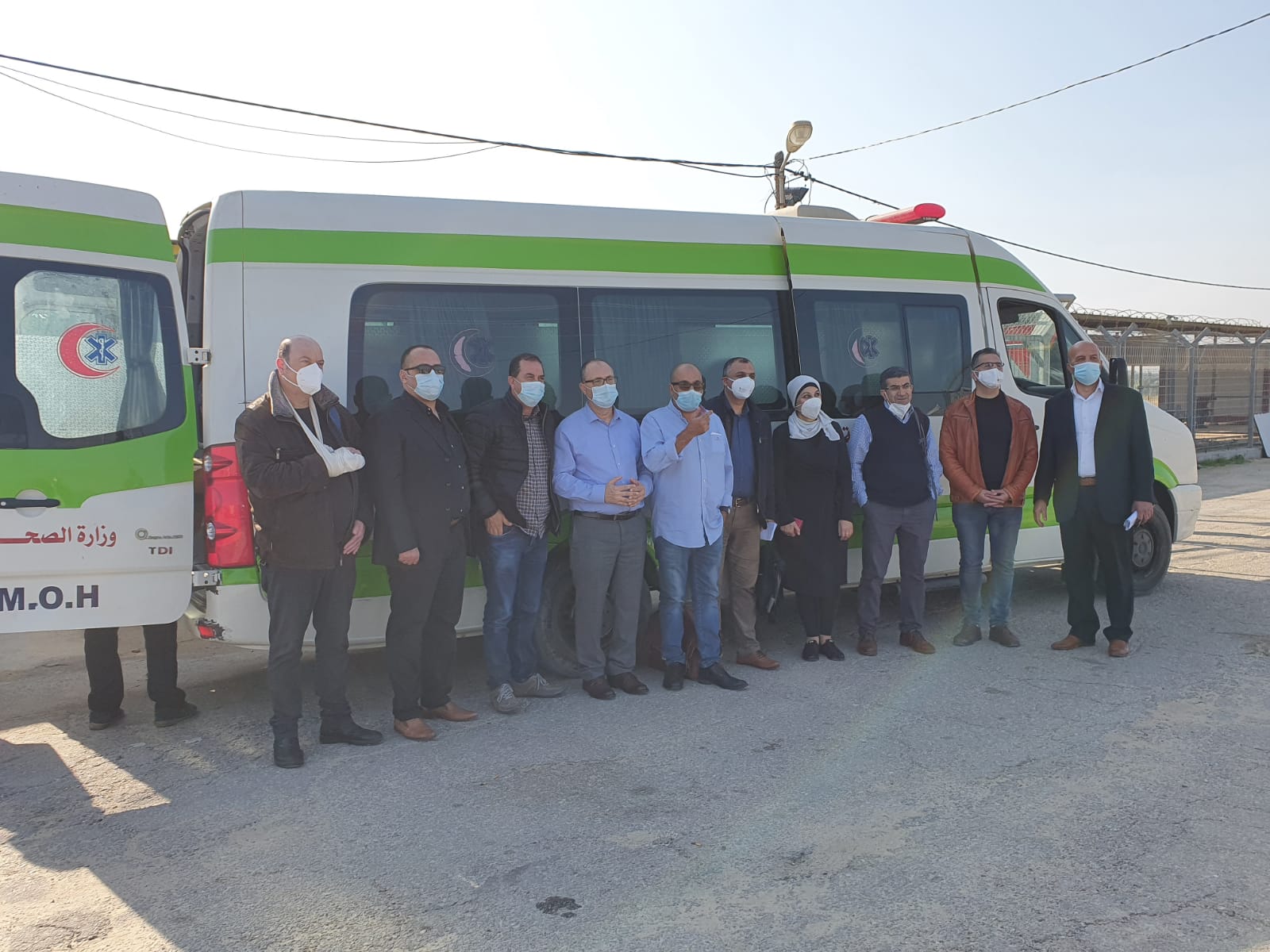 Israeli doctors, part of a delegation to Gaza organized by Physicians for Human Rights – Israel, arrive in the Strip on Thursday, December 3, 2020 (Credit: Mu’ataz Azayza)

According to PHRI, the delegation will remain in the Strip for two days before returning to Israel.

All of the delegation’s treatment will be provided for free, Yaron said. The doctors arriving from within Israel were volunteers as well, and were not being compensated for their participation in the delegation.

While the coastal enclave had managed to avoid a wide-scale coronavirus outbreak since the pandemic began, the past few weeks have seen a sharp rise in cases.

The Gaza Strip had 10,321 total active infections on Thursday. Three weeks ago, in mid-November, the number hovered around 2,000. Another 827 cases were recorded in Gaza over the past 24 hours. Over 30% of coronavirus tests administered came back positive, indicating that the virus could be spreading widely undetected.

Health officials in the Hamas-ruled territory have warned that Gaza’s fragile health system cannot bear much more strain and is close to collapse.

Around 87% of hospital beds with ventilators for coronavirus patients in critical condition were occupied as of Thursday morning, a World Health Organization told The Times of Israel. 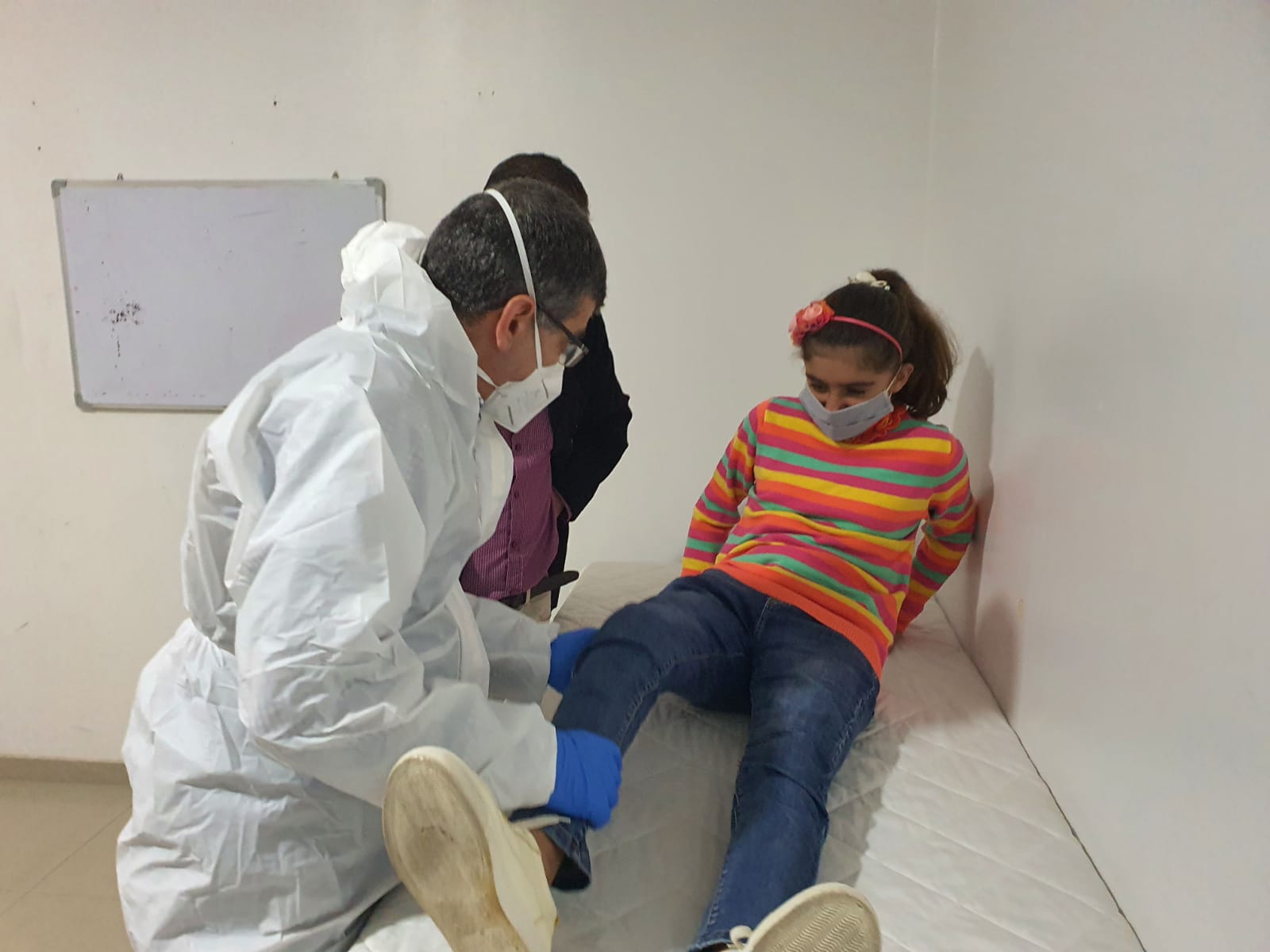 An Israeli doctor treats a Palestinian patient in Gaza as part of a medical delegation organized by Physicians for Human Rights – Israel on December 3, 2020 (Credit: Mu’ataz Azayza)

The Gaza Strip’s healthcare system has been battered by a 13-year-blockade by Egypt and Israel and several wars between Israel and the Hamas terror group.

Israel has argued that the blockade — which places strict limitations on materials entering and exiting the Gaza Strip — is essential to stop Hamas, which avowedly seeks to destroy the Jewish state, from arming itself.

Critics of the restrictions have argued that it has had devastating impacts on ordinary Gazans.

“This delegation is not just a humanitarian action, but also a reminder that the Gaza Strip is not simply confronting coronavirus, but also the continuing blockade which hurts the ill, medical staff, and the entire civilian population in Gaza,” said PHRI director Ran Goldstein.

A Times of Israel Community gift membership entitles your recipient to one full year of membership benefits, at a special, discounted price.

Learn more Learn more Already a member? Sign in to stop seeing this