Strength Is the Means, Victory Is the End

Strength, whether diplomatic, military or economic, is an important tool in the arsenal of one looking to end conflicts as the victor, but without one’s opponents feeling that strength, conflicts will continue. 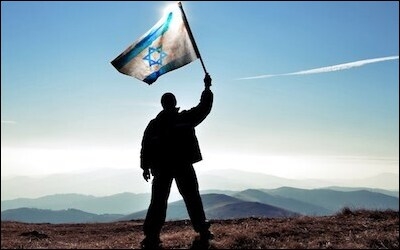 Strength without victory will not bring lasting peace to Israel.

Since the historic declaration of the opening of official relations between the United Arab Emirates (UAE) and the State of Israel, Prime Minister Benjamin Netanyahu has been declaring his doctrine that he considers central to this breakthrough.

“Peace from a position of strength, not weakness,” Netanyahu stated.

This is an important statement, because it largely rings true historically, especially in the Middle East.

However, for this to be true, meaningful and paradigm-changing, it needs to take an extra step.

Strength is merely a means to an end, not the end in and of itself. The end must always remain victory, the defeat of one’s enemy, the pressure applied to one’s foes to force them to give up their war aims.

Strength is merely a means to an end, not the end in and of itself.

Strength, whether diplomatic, military or economic, is an important tool in the arsenal of one looking to end conflicts as the victor, but without one’s opponents feeling that strength, conflicts will continue.

It is precisely this point that answers the question as to why the conflict with the Palestinians endures.

For over 100 years, the Palestinians have violently resisted and rejected the Jewish People’s right to reestablish sovereignty in its ancestral and indigenous homeland.

As a purely neutral observer, one might look at the two sides in 2020 and wonder how and why the conflict continues. One side has vastly superior strength in every department. Israel is a member of the OECD, the elite global economies, it is a fully functioning nation that punches well above its weight, with one of the strongest and most technologically developed armies in the world.

Israel has never been stronger diplomatically, militarily, and economically.

Israel is a robust democracy, and diplomatically, militarily, and economically, the effects of Coronavirus notwithstanding, is improving and developing every year. It is a thriving success story by any measure.

The Palestinian Authority, on the other hand, is economically underdeveloped, thanks in part to corruption and graft, it relies on aid and assistance from near and far, it has a leader 15 years into a four-year term. It is divided between rival militant groups and spends money funds and time obsessing about destroying its neighbor than building its polity and economy, and even its former allies are abandoning it or showing little interest. It has become a pawn in the region between competing powers who care more about the theory and image of the Palestinians than they do about the actual reality.

If it were a boxing match, it would be over before it started.

Nevertheless, it endures because no Israeli leader has taken that next step.

Israeli restraint has allowed Palestinian leaders to retain their hope of eventual victory.

It has shown its partial strength, on occasion, but on the whole, it has allowed the Palestinian Arab leadership to retain its hope, unbelievable to most of the world, that they will still be standing when Israel is no more.

It is this hope that ensures that the Palestinian Arab leadership remains devoted to destroying Israel rather than developing itself. It is why so much of the Palestinian Authority’s time, funds and assets are geared towards terrorism, rejectionism and violence. It is why PA funds are more likely to be used for paying terrorists and their family’s monthly stipends than finding funds for teachers and social workers.

It is why Palestinian children are made to understand that their heroes should be suicide-bombers, because they see their glorification on television, in mosques, on the streets and at their sports clubs, rather than singers, actors and soccer stars, like in most societies.

This cult of terror worship feeds another generation of violent rejectionism that will continue until it is forced to reassess.

The Palestinians see Israel’s strength and they ignore it because they know that it has not been, and perhaps never will be, used against them.

That, therefore, is the crux of the challenge that faces Israel’s leadership.

It is one thing to talk about peace through strength, it is certainly another to transmit that strength in a way that your opponents understand that their violent opposition is untenable, and their war aims unreachable.

Peace is achieved through the transmission of strength.

Peace can be achieved through strength, but only strength that leads to victory.

A victory achieved through the transmission of strength, a practical and applicable strength. Not a strength in potential or facts and figures but the threat of a strength which makes those it is directed at give up and sue for peace.

The agreement with the UAE is not a peace deal, because we were never at war with the Emirates, and they never actively sought Israel’s destruction. They have come to accept Israel’s permanence and have actively promoted cooperation with it in the face of regional challenges and common foes.

This is far from Israel’s relationship with the Palestinians and is not comparable.

Nonetheless, Netanyahu’s words are an opening to a new paradigm and mindset. Strength can bring peace, but it won’t unless a very real and present threat of strength, is applied.

If this happens, the conflict will end with the Palestinians, peace will result and many agreements, like the one with the UAE, will be signed.

Nave Dromi is director of the Middle East Forum’s office in Israel and head of the Israel Victory Project.