Early warning for next outbreak

Israel is working on early warning system for next outbreak.

Down the tubes: How Israel’s poop may help prevent second coronavirus wave

By Nathan Jeffay, May 4, 2020
Reprinted from Times of Israel

The toilet flushes of every Israeli could soon play a central part in efforts to prevent a second wave of the coronavirus pandemic.

As Israel’s COVID-19 cases wane, health officials are worried about future outbreaks. They are determined to catch them early, on a local level, using data from swab tests. But testing capacity isn’t increasing as fast as they’d hoped.

Now, a team of scientists has revealed that it has been monitoring the nation’s excrement for most of the COVID-19 crisis, and has the know-how to document where outbreaks are occurring based on the level of genetic material or proteins of the virus found in feces.

“Once we’ve established this, we can use it as an early warning system against a second wave,” Oded Nir, of Ben Gurion University’s Department of Desalination & Water Treatment, told The Times of Israel. 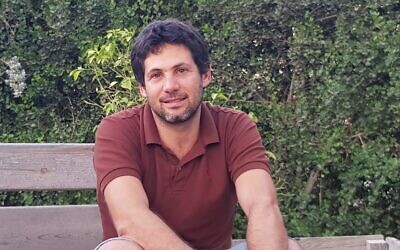 His research group is working closely with the Health Ministry, and is hoping that after health officials review their new method, sewage-monitoring will become part of Israel’s national fight against the virus. It has also shared its method on an open-source platform, and is eager to see it replicated internationally.

Through most of the lockdown the Israeli team has been collecting wastewater samples, from Haifa in Israel’s north to the Negev in the south. Nir said: “The operators of wastewater treatment plants are sampling and keeping it in refrigerators for us. We collect it, we freeze it at minus 80 degrees Celsius, and then do the tests in a lab.”

Their confidence grew when Bnei Brak’s cases were at a peak and the concentration of Sars-Cov-2 they detected in the city’s wastewater was at a height. “This was proof of concept,” he said.

The scientists argue that there’s no ethical problem, as the method doesn’t involve gathering health data on any individuals, but only information on a neighborhood or city basis which can be used for early intervention. It says that health officials will be able to respond to warnings as they see fit, possibly with local lockdowns or regional calls for reinvigorated social distancing. Sewer data could also be used to end lockdowns when a fall in coronavirus cases is seen.

Members of the group include Itay Bar-Or, head of the Health Ministry’s National Center for Environmental Virology, and Ben Gurion’s Yakir Berchenko, who is renowned for his action during a polio outbreak in 2013. By tracking the extent of polio in sewage, Berchenko gave health services time to run a vaccination campaign before the disease paralyzed any children.

Scientists in Europe have already demonstrated that they can detect the presence of Sars-Cov-2 — as the virus is officially known — in sewage. French virologist Vincent Marechal of the Sorbonne university in Paris told AFP last week that wastewater could allow experts to “track the virus.”

The Israeli researchers say that they have come up with the most accurate process to date for quantifying the level of coronavirus based upon sewage analysis.

The lead scholar on the Israeli team, Ariel Kushmaro, head of Ben Gurion University’s biotechnology engineering lab, said: “We’re far beyond a yes-no answer regarding whether or not coronavirus is present, and are getting a picture of the extent to which the virus is found in different communities based on what we see in sewage.” 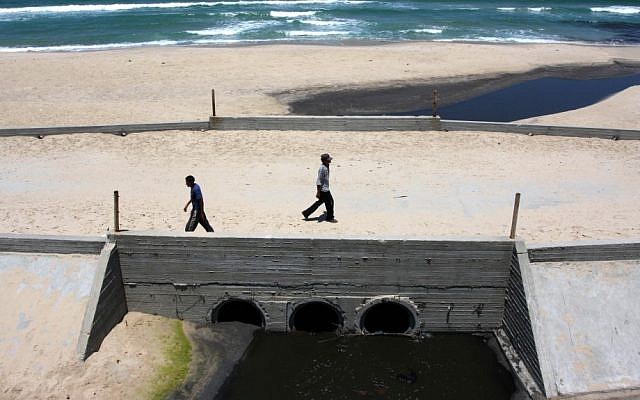 Coronavirus traces can be found in feces just three days after infection, he said, which is earlier than detection is possible in many swab tests. Monitoring sewage also has the advantage of giving information on “silent carriers,” who don’t suspect they have coronavirus or don’t register for testing, he added.

Kushmaro told The Times of Israel that now that his research has been shared on an open source platform, it can be used to enable sewage monitoring and gleaning of neighborhood-by-neighborhood information anywhere in the world.

He added that the existence of Sars-Cov-2 in sewage shouldn’t alarm people as the dominant belief among scientists — though not yet confirmed — is that the coronavirus can’t be caught from sewage or from purified wastewater. (Some researchers are wary of such assertions. Dror Avisar, head of Tel Aviv University’s Water Research Center, stressed in a separate Times of Israel interview that nobody yet knows what dangers the virus might pose in streams, groundwater, or beaches.)

Kushmaro’s team is now tweaking its process, and says that if its suggestion for a national sewage monitoring program is accepted, it can quickly start checking sewage nationally. “We hope everything will be ready for the next wave, for the next outbreak — though of course we hope it won’t come,” Nir commented.

He said that swab testing will still be needed to gather precise data, but sewage monitoring gives a broad picture of the entire country more quickly and inexpensively than through mass testing.

“It’s much much cheaper than tests on a regular basis for the entire population,” Nir said. “It’s one test compared to a million or hundreds of thousands of tests. If you want to track a virus in the population level, the cost is very low.”