When it was announced that the Jerusalem neighborhood of Ramat Eshkol had to evacuate, “Our neighbor called because she knew I was home with two sick kids, and told me we have to go,” said an Arab parent. “And another neighbor who works at Intel called to tell me that the fire is spreading in the valley below us.” Both of the Arabs calling to warn them were Jewish, and they all belong to the neighborhood’s bilingual Arab-Jewish community.

“It’s really hard to hear how Arabs are blamed for each and every thing that happens in this country. We’re Arabs, but we didn’t do it. Part of the Arab community was hit, too,” said the family’s matriarch. “We were evacuated just like every Jewish family. My son was traumatized to see houses in our neighborhood go up in flames just like a Jewish boy. If they discover the arsonists were Arab, they should be punished in the most severe way possible. But you shouldn’t blame all Arabs because of a few terrorists.” 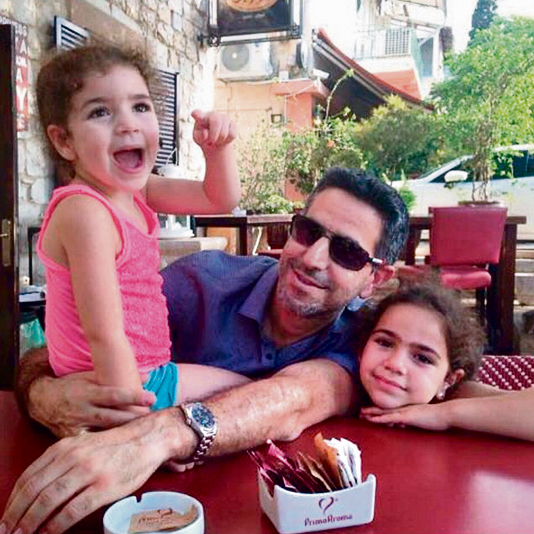 Chen Raful-Natan and the girls

The Raful-Natans, an Arab-Jewish family living in Haifa’s Ahuza neighborhood, were not home when the fires began encroaching on Haifa. Roba, the mother and Chen, the father, together with their four- and six-year-old daughters are part of the city’s bilingual community. “We coexist here; I love this city,” said Roba. “I’m not a politician or a fire investigator, but if these are indeed arsons, they should punish people to the full extent of the law. But it seems unbelievable to me that Arabs would want to burn down this city, I mean, Arabs live here, too.”

“If someone torched those houses, he’s a terrorist, pure and simple. This is a pastoral area, I live and breathe this place. The fires are a personal matter to me. Whoever came to torch this place doesn’t care whether there are Jews or Arabs (here). He’s looking to harm everyone.” On Friday, they were allowed to return to their home, which luckily was not damaged. 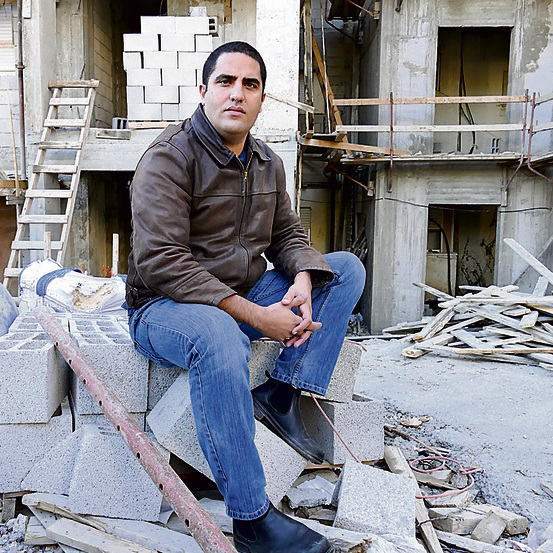 Gilad Mulian, his wife Yafit and their two children also belong to Haifa’s bilingual community and were similarly evacuated from their home when the fires started. “When I heard about the fire, I went home to try and salvage a few things,” said Gilad Mulian. “The fire had gotten to the building, and we were concerned that it would reach the gas tanks. It was the Palestinian workers who helped me put it out. Two buildings from us, the fire did reach the gas balloons, which exploded and caused the entire building to catch fire. If it wasn’t from their help, out building would have blown up, too.”

Mulian stressed how wrong it was to generalize when it came to blaming the entire Arab community for the fires. “I trust law-enforcement officials, and I take from the incident the huge show of solidarity that our Arab friends from the community showed us. It proves we share a common fate in this country . It warms the heart to see how families have wrapped us up, supported us and come to help. Even if it was Arabs punks who started the fire, they’re the exception to the rule,” he said. “More than the fires themselves, we’re worried about the flames of hate.”