Posted on September 9, 2016 by CNP Webmaster

When Public Security Minister Gilad Erdan blamed Facebook in July for the recent wave of terror attacks, he was likely not referring to the “Arabs and Right-Wingers Tweeting,” Facebook page, which serves as a forum for Israeli Arabs who love and support Israel but who often pay a heavy price for it.

A post on the page displays a picture of two Israeli-Arab soldiers in uniform and lauds them for their efforts to protect Israel. Another presents a video documenting a platoon of sweaty IDF troops struggling to push a tractor up a steep hill. “When a Palestinian tractor broke down, IDF reserve soldiers were the first to help. Together with the Palestinian farmers, they got the tractor up and running,” read the accompanying caption. “Sometimes IDF soldiers perform great acts of heroism; sometimes all it takes is a small act of kindness.” The posts, that received thousands of “likes,” are typical for the page, which was launched by an Israeli Arab together with a Orthodox Jew who are attempting to foster coexistence by providing a forum for Arabs who love Israel to express themselves. “We want to unite Arabs who love the country and who are Zionist, but who feel like they do not have a welcome place in their communities,” said Michal Julian, 37, a Jewish resident of Jerusalem who co-founded the page with Abdallah Abdel Rahman, 27, from Abu Ghosh. 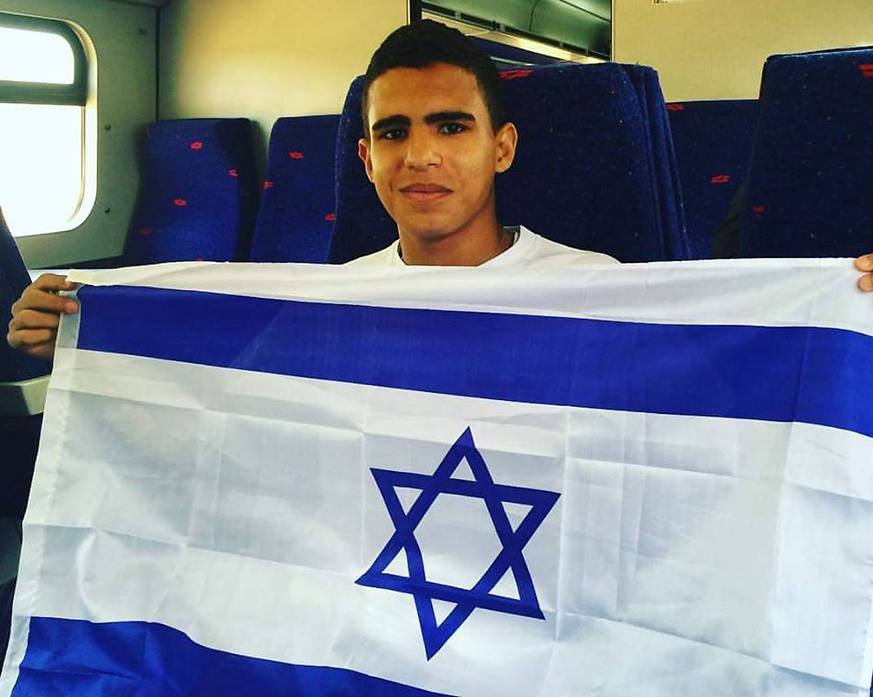 “Israeli-Arab Knesset members are constantly inciting against the state, and many Israelis think that they are the true representatives of the Arab sector, which isn’t true,” continued Julian. “We have a group of Israeli-Arabs here who truly love their country and we want to show that they are not alone.” “Arabs and Right-Wingers Tweeting” was launched in 2014, after Julian and Abdel Rahman met while battling anti-Israel incitement on a Facebook page popular with Israeli Arabs during Operation Protective Edge. She said that one of the administrators reached out to her and suggested creating a Facebook forum for pro-Israel Arabs, rather than arguing on that page. “I decided that if there are Arabs who define themselves as Zionists, then we should (support them by) opening a Facebook page and showing the world the truth,” recalled Julian. “We started small, but more and more people joined us, and here we are today, with thousands of followers.” The page aims to be the voice of a sector whose existence is unknown to many Israelis—right-wing Israeli Arabs, who proudly support Israel and oppose the establishment of a Palestinian state. The founders also hope the project will show a different face of the Arab community to Israelis in addition to acting as a force for Israel advocacy, or hasbara. The page regularly features displays of coexistence between Arabs and Jews. One Arab man named Khaled received 100 “likes” after exclaiming “forever my Israel, I have no other country” in response to a post showcasing Arab children distributing candy to IDF soldiers. He was lavished with praise from both Arabs and Jews alike, with statements like “I would love to shake your hand” and “Khaled, people like you bring light to the world.”

One supporter and frequent contributor to the page, 45-year-old Sara Zoabi of Nazareth Illit, says she is an unabashed supporter of the Jewish state. She stunned Israelis when she introduced herself on the MasterChef cooking show as “Arab, Muslim, Israeli, and proud Zionist.”

“This page is a necessary step and can further encourage this phenomenon of Arab Zionists expressing themselves,” Zoabi contended. “The page is successful and will continue to be successful and it has a bright future.” The memebrs of “Arabs and Right-Wingers Tweeting” are no strangers to the consequences that can befall an Israeli Arab openly supporting Israel. Julian has received frantic calls from Israeli Arabs who begged him to remove their posts after they had received death threats. “Abdel Rahman could not deal with the emotional pressure,” lamented Julian. “They wrote many things about him on pages frequented by Arabs. He was called a traitor and lived in constant fear.” Nevertheless, Zoabi believes that many Israeli Arabs secretly support Israel, but are afraid to come out and say so openly. “It is a problem that many people do not have the courage to come out and say so,” Zoabi claimed. “I myself have paid a very steep price with curses hurled at me and having been forced to move apartments because of my feelings about Israel.” Zoabi’s own son Muhammad had to leave the country in 2014 due to blowback he received following his condemnation of the abduction and murder of Eyal Yifrach, Gil-Ad Shaer and Naftali Frenkel. “It is not easy,” Zoabi admitted. “But I have to do what I think is right and I am prepared to pay any price for it.”