‘I despised myself for hating Israel’

WATCH: Egyptian Sharif Gaber’s video explains how logic ended his hate of Israel and his devotion to Islam, sending him on the run from the authorities.

Twenty-two-year-old Sharif Gaber is a typical young Egyptian in many ways but his political opinions have made him a highly controversial figure on social media – he’s a supporter of Israel and happily tells the world why.

“This video will cause me to lose friends, but honestly, it’s a message of love and not hate,” Gaber firmly wrote on his Facebook profile after his video explaining his liberal views regarding Israel went viral. “If you are bothered that I’m telling you to stop hating Israel, that’s your problem.” Gaber agreed to speak with Ynet this week from an unidentified location in Egypt for fear of authorities who have not taken kindly to his opinions.

He told his story – that of a devout Muslim who dutifully memorized verses from the Quran, until change slowly came to him.

“I studied the history of religion and Islamic law, but since 2011, everything changed,” said Gaber. “I saw a video of a girl being pelted by stones and from that moment, I started wondering if Islam holds water – it happened one step at a time.

As he moved away from religious Islam, Gaber said he began to think logically about Israel.

“I went into the page of the IDF’s Arab Spokesperson, Avichay Adraee, who blessed the Muslims on a Muslim holiday and responded to thousands of curses from Muslim viewers,” said Gaber. “You understand? The guy is blessing them and they’re cursing him. 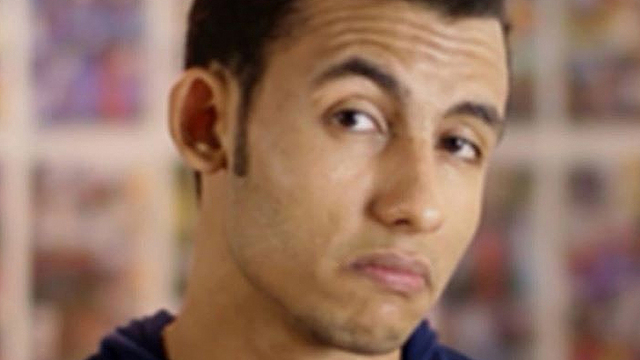 “I felt like they were sick, that something wasn’t right,” continued Gaber. “From the other side I saw that Israelis were trying to handle them with logic and bring understanding to the anger of the Muslims. But the response from the Muslim viewers continued with curses and insults.”

Gaber followed his instinct that something in the collective Muslim voice did not seem right.

“I understood that the problem is with Arabs’ education that for many years has fed children insulting thoughts about Israel,” said Gaber. “When I started speaking with Israelis they were better than my family. I despised myself for having hated Israel without justification.”

His change in opinion then painted an entirely new world view for Gaber. “In 2011 I wanted to go fight for Palestine because of songs of the Arab dream, but after that I already knew to say that Israel has contributed a million inventions, discoveries and scientific studies to humanity,” said Gaber. “And what have the Arabs done – gather together singers with pretty voices to sing for Palestine? I found that I was blind to reality.”

You’re good even to those who wish you death

Gaber was born in Saudi Arabia when his Egyptian father lived there with the rest of his family. Today, he’s an Egyptian citizen but lacks religious affiliation. He describes himself as an atheist who rejected Islam.

Since the 2011 revolution that overthrew Hosni Mubarak, Egypt’s atheists have become a more vocal group, but still remain on the fringes of society, treated as outcasts. 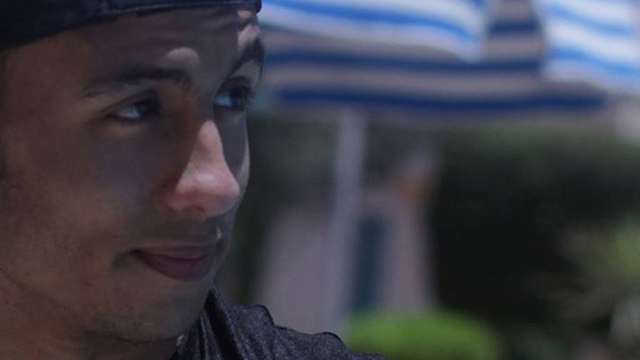 Gaber was arrested for “promoting atheism on social media” in 2013 just months after he openly argued with a university professor during a lecture on homosexuality. According to Gaber, the professor searched for him online and found enough evidence to report him to the authorities.

Forty days and 7,500 Egyptian Liras later, Gaber was released from jail and started making his videos online, finding that his message was having an effect.

“The threats against me increased, of course,” said Gaber. “They threatened to kill me and report me to the authorities but I decided to continue talking about everything I think because what the Arabs need more than anything is a replacement of ideas and mentality. They live their entire life trusting the nice words of lying politicians and they need truthful words that will hurt them so that they will wake up.”

Gaber has been on the run from the authorities since a second run in with the justice system last February. But fear, he says, is no longer part of the equation.

“My body will die in the end, but ideas are forever,” he said. “It’s important for me that they win, even through a video. That’s more important than being in jail or staying free.”

Gaber moves from place to place, in touch with his family only once-in-a-while.

“All of the comments on the video on my Facebook were threats – except for those from Israelis,” said Gaber. “I was left speechless at their beautiful comments.”

With that, Gaber left a response for his supportive commentators. “Be proud of yourselves,” he told his Israeli viewers. “You’re neighbors see you as the great Satan and despite that you still manage to hold back your strength and maintain your goodness and the too-good treatment of those who wish you death.”