It sounds surreal but scientists have mapped the circuitry of the brain. It’s similar to how the Global Positioning System (GPS) tracks your location on the planet. The breakthrough could help understand how data is processed in the nervous system.

Neuroscientists from the Hebrew University of Jerusalem and Harvard University have announced their “Neuronal Positioning System” (NPS) in new research published by Nature Methods.

“The new method that we developed allows us to answer a ‘big question’ in neuroscience about the organizational principles of neuronal circuits,” Hebrew University’s Dr. Alex Binshtok said in a statement.

Researchers have tried for over a century to tackle the structure of the brain’s neuronal circuits, which perform such key functions as processing information and triggering reflexes. These brain circuits are comprised of neurons (electrically excitable cells that process and transmit information through electrical and chemical signals.) Neurons send the messages to other neurons via wire-like processes called axons, whose function is to transmit information to different neurons, muscles and glands. Scientists at the Hebrew University’s Faculty of Medicine and Harvard University have finally managed to come up with a method to map the location of the axonal branches of many individual neurons simultaneously, at the resolution of individual axons. 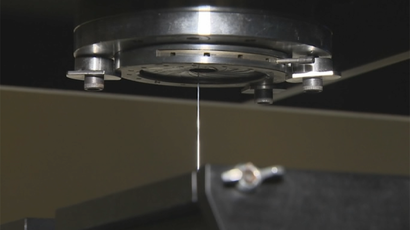 Instead of trying to trace entire neurons all the way from the axon tips to the cell body, one of the lead scientists, Dr. Shlomo Tsuriel, has labeled only the cell body, but in a way that indicates the locations of its axonal branches. He used multiple injections in overlapping regions of a target tissue, with three or more multicolored retrograde tracers.

The scientists have likened their approach to the principle used in a GPS receiver, which uses distances from three or more satellites to triangulate its position. For this reason the new technique was similarly called “Neuronal Positioning System” (NPS).

“Using the NPS technique that maps many axons in the same tissue, we now can study what defines the routes along which the neurons will send their projections, as well as their targets,” Dr. Alex Binshtok explained. “We can also learn how the wiring of the neuronal circuits changes during development and in a variety of pathological conditions.”

He added that the answers to these quintessential questions will be “the first step to comprehending how the information flows and is processed in the nervous system, and how changes in the neuronal organization affect neuronal function.”