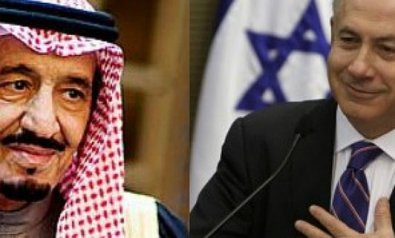 Prime Minister Binyamin Netanyahu has jabbed President Barack Obama with a stinging remark that although Israel and the United States are friends, fears of Iran and the ISIS have forged a “new partnership” of Israel and “many of our Arab neighbors.”
Netanyahu took the opportunity of being charged with the responsibility to form a new government to say:

We very much appreciate, and will take care to preserve, our alliance with the best of our friends, the United States; however, we will continue to work to prevent the agreement with Iran, an agreement that endangers us, our neighbors and the world. We see eye to eye with many of our Arab neighbors regarding the danger posed by Iran and we also view positively the benefit that this new partnership could have for the region.

The chaos in Yemen has once again embarrassed the Obama administration by exposing another colossal foreign policy failure that has made President Obama increasingly isolated in the region.
Obama and his foreign policy gurus still hold on to the delusion that if Israel simply would agree to surrender every inch of territory that was restored to the country in the Six-Day War in 1967, the sky would be filled with doves of peace, pooping on Jews, instead of rocks and rockets aimed at Jews.
The biggest problem with that policy, which to be fair has been fostered by every administration in the past 40 years thanks to the State Dept., is that the Arabs world couldn’t care less about the Palestinian Authority.
Mahmoud Abbas was supposed to be the messenger for Saudi Arabia and the rest of the Arab League to force Israel into submission and prepare the way for a Muslim takeover over “Palestine.”
Instead, corruption, mismanagement and the failure to accept the word “compromise” have left the Palestinian Authority a sorry welfare state.
When it comes to keeping the Palestinian Authority alive, it is the European Union that has forked over most of the money while the oil-rich kingdoms pledge billions of dollars and end up giving a few shekels.
Abbas has become nothing but a depreciating tool for the Arab League to use to pay lip service to the masses that Jerusalem will be the capital of a Muslim country.
One big exception has been Qatar, but its money has gone to the Iranian-backed Hamas terrorist organization, which has been boycotted by Egypt but endeared by Turkish President Recep Erdoğan.
Given events in Yemen, both Qatar and Erdoğan, must be fretting and sweating at the idea of Iran’s adding Yemen to its real estate portfolio, which includes a good slice of Lebanon and is trying to move in on Syria.
While the Obama administration and its media groupies try to prove themselves that Prime Minister Netanyahu is isolating Israel, it is the president who is finding himself increasingly alone.
Saudi Arabia was unhappy with Obama last year after he backed off his threat to directly fight the Assad regime, which has begun using chemical weapons against opposition forces.
Add the failures of the Obama administration in Libya, Afghanistan Iraq and now Yemen, and throw in growing signs that he will call a “bad deal” with Iran a “good deal,” and it is no wonder that Saudi Arabia and its Sunni Muslim allies feel more comfortable with Israel than with Washington.

About the Author: Tzvi Ben Gedalyahu is a graduate in journalism and economics from The George Washington University. He has worked as a cub reporter in rural Virginia and as senior copy editor for major Canadian metropolitan dailies. Tzvi wrote for Arutz Sheva for several years before joining the Jewish Press.