A future of thirst: Water crisis lies on the horizon 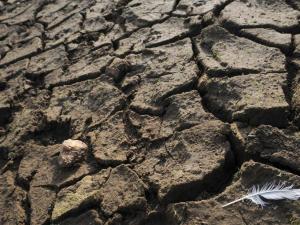 Paris (AFP) – The next time your throat is as dry as a bone and the Sun is beating down, take a glass of clean, cool water.

Savour it. Sip by sip.

Vital and appreciated as that water is, it will be even more precious to those who will follow you.

By the end of this century, billions are likely to be gripped by water stress and the stuff of life could be an unseen driver of conflict.

So say hydrologists who forecast that on present trends, freshwater faces a double crunch — from a population explosion, which will drive up demand for food and energy, and the impact of climate change.

"Approximately 80 percent of the world’s population already suffers serious threats to its water security, as measured by indicators including water availability, water demand and pollution," the Nobel-winning Intergovernmental Panel on Climate Change (IPCC) warned in a landmark report in March. 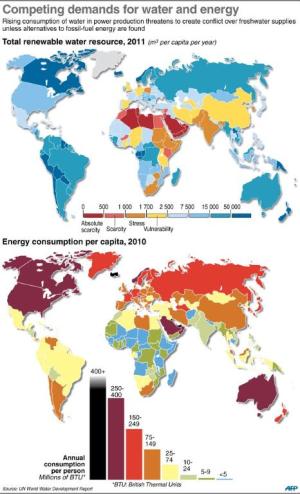 "Climate change can alter the availability of water and therefore threaten water security."

Already today, around 768 million people do not have access to a safe, reliable source of water and 2.5 billion do not have decent sanitation. Around a fifth of the world’s aquifers are depleted.

Jump forward in your imagination to mid-century, when the world’s population of about 7.2 billion is expected to swell to around 9.6 billion.

By then, global demand for water is likely to increase by a whopping 55 percent, according to the United Nations’ newly published World Water Development Report.

More than 40 percent of the planet’s population will be living in areas of "severe" water stress, many of them in the broad swathe of land that runs along north Africa, the Middle East and western South Asia. 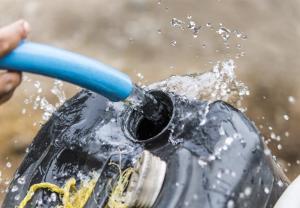 A resident fills containers with water from a public water pump in Mexico City on April 29, 2014 (AF …

Yet these scenarios do not take into account changes in rainfall or snowfall or glacier shrinkage caused by global warming.

But whether people will heed their alarm call is a good question.

"When seismologists talk about an area at risk from an earthquake, people generally accept what they say and refrain from building their home there," says French climatologist Herve Le Treut. 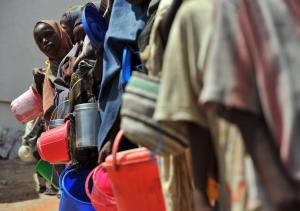 "But when it comes to drought or flood, people tend to pay less attention when the warning comes from meteorologists."

Water squabbles in the hot, arid sub-tropics have a long history. In recent years, the Tigris, Euphrates and Nile have all been the grounds for verbal sparring over who has the right to build dams, withhold or extract "blue gold" to the possible detriment of people downstream.

"There will clearly be less water available in sub-tropical countries, both as surface water and aquifer water, and this will sharpen competition for water resources," says Blanca Jimenez-Cisneros, who headed the chapter on water for the big IPCC report.

Citing a 2012 assessment by US intelligence agencies, the US State Department says: "Water is not just a human health issue, not just an economic development or environmental issue, but a peace and security issue." 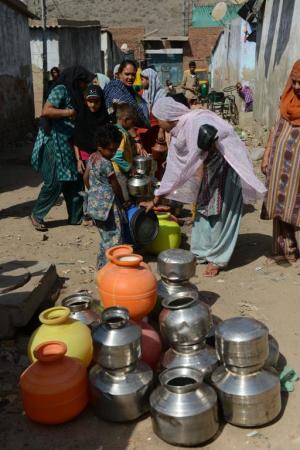 However, "you can talk about conflict in which water is the root cause, albeit usually hidden," he told AFP.

"It can lead to fluctuations in energy and food prices, which can in turn lead to civil unrest. In such cases, the ‘conflict’ may be over energy or food prices, but these are themselves related to water availability and allocation."

Failing a slowdown in population growth or a swift solution to global warming, the main answers for addressing the water crunch lie in efficiency.

In some countries of the Middle East, between 15 and 60 percent of water disappears through leaks or evaporation even before the consumer turns the tap.

Building desalination plants on coasts in dry regions may sound tempting, "but their water can cost up to 30 times more than ordinary water," notes Jimenez-Cisneros.

Efficiency options include smarter irrigation, crops that are less thirsty or drought-resilient, power stations that do not extract vast amounts of water for cooling, and consumer participation, such as flushing toilets with "grey" water, meaning used bath or shower water.

Above all, the message will be: don’t waste even a single drop.