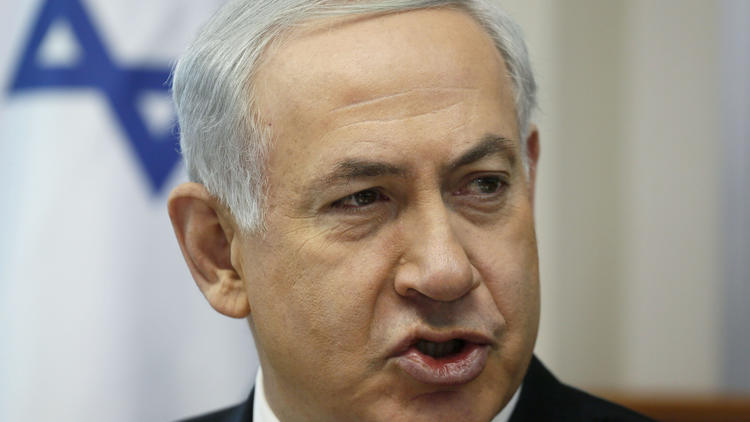 Israel’s decision to pull out of the current round of U.S.-brokered peace talks with the Palestinians makes one thing clear. If Secretary of State John F. Kerry is going to be successful in his heroic effort to force peace on these stubborn belligerents, he will have to overcome an obstacle that is much deeper and challenging than Israeli Prime Minister Benjamin Netanyahu’s hardball negotiating tactics.

Palestinians can’t understand how the Holocaust — which they had nothing to do with, after all — gives the Israelis an excuse to oppress them –

The biggest impediment to a lasting peace settlement between the Israelis and Palestinians is not terrorism, borders, settlements, recognition, refugees or any other issue that can be discussed rationally at a negotiating table. The real problem is psychological, and nearly immune to bargaining.

The Israeli-Palestinian dispute is unique in recent history in that it concerns two peoples who both harbor a deep, abiding, justifiable narrative of victimhood at the center of their cultural identities. There are no precedents to help us predict whether reason can overcome such powerful, mutual pathology.

Victims operate under a different set of rules than the rest of us do. History has ceded to them the moral high ground, which makes their excesses understandable, even excusable. Outsiders tend to sympathize with the actions of those who have been victimized. What they do can seem terrible, certainly, but it is often justified once put in proper context. Victimhood can even become a source of pride, a unifying element to a society that members can draw upon for inspiration, and liberation from the standard rules of moral behavior.

Most of all, victims rarely feel the need to compromise. They have suffered enough already, and are tired of being bullied. Their days of making concessions to evil are over.

For very good reasons, both the Israelis and Palestinians consider themselves to be history’s victims. Those who try to engage partisans from either side in conversation quickly find out that in this region, as Faulkner wrote about his fictional Yoknapatawpha County, “the past is never dead. It’s not even past.”

Israelis have suffered through millenniums of oppression, climaxing in pogroms and the Holocaust. More recently, they have had to deal with incessant Palestinian terrorism and rocket fire. And the lesson they’ve taken from their history is that they cannot afford to take any threat lightly.

Palestinians discuss 1948 and 1967, the years in which their land was lost, as if they were yesterday. Refugee camps and horrid economic conditions have persisted across generations. Meanwhile, the people they blame for their present condition — the Israelis — are now building walls and settling more people on their lands. Palestinians can’t understand how the Holocaust — which they had nothing to do with, after all — gives the Israelis an excuse to oppress them.

Rarely, if ever, have two opposing sides been able to make such compelling, convincing cases to support narratives of victimhood. Conversations between them inevitably deteriorate into contests over which group has suffered more, and therefore has a greater justification to feel wronged and occupy a superior moral position. Nothing infuriates the partisans in this dispute quite so much as when one of their own acknowledges the legitimacy of the suffering of the other side.

It is hard to see how lasting peace can emerge between people with such troubled identities. At the very least, nothing will change until leaders on both sides decide that the future is more important than the past. Such a notion is often sacrilege to victims, however, and a betrayal of the suffering of their ancestors.

Sometimes the passage of generations can serve to mitigate the perception of victimhood. This seems less likely in these cases, since the narrative is so central to both Israeli and Palestinian education. The Holocaust is a ubiquitous presence in Israeli schools, and there is a strong belief among Jewish leaders that only by keeping memories of the horror alive can we prevent a recurrence. Palestinian children too are reminded daily of their legacy of mistreatment at the hands of the occupier. Children on both sides are urged to remember always the wrongs committed against their parents and grandparents.

There will come a time when the sense of mutual victimhood will become permanent and peace an impossibility. Whether that time is now is unclear. After all, complex negotiations often need to be pronounced dead three or four times before they succeed.

But one truth should be emphasized to both sides: Peace in the region is the only way to create a better future for coming generations. Achieving such a peace won’t require forgetting the past, but it will require putting it aside to craft a more just future for all the region’s residents.

Christopher J. Fettweis is associate professor of political science at Tulane University in New Orleans. His latest book is “The Pathologies of Power: Fear, Honor, Glory and Hubris in U.S. Foreign Policy.”