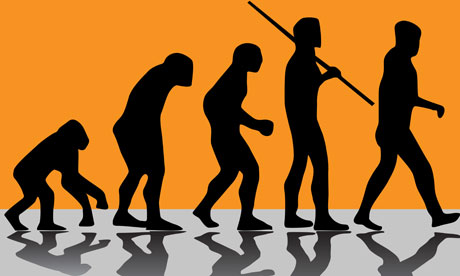 More than 850 delegates flocked to a seminal conference in London on Saturday about the compatibility of modern evolutionary theory and Islamic theology – despite scaremongering and the refusal of Islamic student societies to participate. Determined organisers had overcome pressure to cancel by changing the venue from Imperial College to Logan Hall at the University of London. The event was the brainchild of the Deen Institute, which runs courses to promote critical thinking among Muslim students and kindle rational dialogue within Islam. The need for dialogue is urgent, because to date there has been little open discussion within British Muslim communities on this divisive subject. Recent debates in the US suggest that evolution is not as much of a problem theologically to Muslims as it is to Christian creationists, but there is work to be done to clarify the situation.

One of the speakers was Professor Ehab Abouheif, an evolutionary biologist at McGill University in Montreal, Canada. "Muslims must revolutionise their perspective on evolution if they are to move forward in the 21st century," said Abouheif, who considers himself to be both a scientist and a sincere believer. He is a veteran of debates like this. "Biological evolution is a fact. The evidence is overwhelming and indisputable," he said.

Beamed into Logan Hall via satellite was Dr Oktar Babuna, a spokesperson for Harun Yahya – founder of the controversial Turkish creationist movement that has often been accused of obscuring clear scientific thinking.

Babuna’s impenetrable polemic was relentless. "Evolution is not a scientific theory," he said, "as it has yet to be verified by scientific evidence. In fact, evolution has already been falsified."

He maintains that no evolutionary mechanism has been found. His logic is that if successive minor changes had accumulated into a big change during speciation, transitional forms would outnumber the original and transformed species in the fossil record. But, according to palaeontologists Niles Eldredge and Stephen Jay Gould, the record showed otherwise.

Much to the amusement of the audience, Babuna repeatedly offered a £5m cash prize to anyone who can find a transitional fossil.

Abouheif’s swift rebuttal fell on deaf ears. He pointed out that the expectation of finding transitional fossils erroneously presumes a gradual and linear model of evolution (Gould and Eldredge proposed the theory of punctuated equilibrium in 1972 to explain the absence of transitional species). He lamented that Babuna was dragging us back to Darwin’s 1879 version of evolution before the discovery of DNA.

Fatima Jackson, a biological anthropologist at the University of Maryland, offered a compelling alternative narrative. Nothing in biology would make sense outside the evolution paradigm, which she defined as a "basic organising tool". She reconciled her faith with science by holding to the belief that the singularity of life is a manifestation of the unity of God. In her view, exploring natural phenomena helps to bring us closer to God. "Evolution doesn’t replace faith, it complements it."

Each primate, she said, "has its own trajectory from a common ancestor which has diversified". Humans are a part of the natural world and not a unique creation. "You can’t just push the fossils away," she cautioned, citing an article by Sheikh al-Turayri, who asserts that the question of evolution is purely a matter for scientific inquiry.

Dr Usama Hasan, a senior researcher in Islamic studies at the Quilliam Foundation and a part-time imam, said Yahya’s creationist arguments were easily discredited (though he later confessed to previously teaching Yahya’s fallacy, before deeper research into the subject). His current stance has provoked outrage and even death threats.

Hasan courageously presented evolution as a theory initially recorded by Muslim thinkers. For instance, he said, William Draper refers to the "Mohammedan theory of the evolution of man from lower forms, or his gradual development to his present condition in the long lapse of time."

But these claims were vehemently refuted by Shaykh Yasir Qadhi, Islamic instructor for the Al-Maghrib Institute, who said the descriptions were meant in a different context and that these scholars were not experts in either theology or biology.

Hassan argued that his views on evolution were firmly within the limits of Islamic thought and that difference of opinion was permissible. Qadhi disagreed: "It is sacrilegious to have two different Islamic opinions on this issue."

But Qadhi distanced himself from Yahya’s creationist camp. "It is a mistake for Muslims to say we don’t believe in evolution." Most of the principles of evolution posed no problems for Islamic theology, he said.

It was fine for Muslims to believe there were dinosaurs, speciation among hominids and even a common ancestor for all animals on Earth – except for one exception – mankind. "We are an honoured species distinctive from animals in terms of meta-cognition, language, morals, creativity and religion."

He addressed the ultimate sticking point for the majority of Muslims: "God created Adam to fit into the grand scheme of things. Adam and Eve did not have parents – they did not evolve. Any other position is scripturally indefensible."

Hasan denied that belief in evolution inevitably leads to atheism. "Science tells us how we were created, revelation tells us why." Just as science could not measure the existence of souls there was no experiment that could validate or deny the existence of God, he said.

Qadhi pointed out that Muslims were not historically anti-science in the way Christianity had been. But he went on: "We need to put science in its proper place". In his view, "science is the study of understanding Allah’s creation".

Hassan responded by suggesting that religious scholars who do not understand the sciences should not interfere. "It is not the job of theologians to dictate what scientists can and cannot do. Isn’t your attitude holding back the Muslim ummah?"

Qadhi’s reply provoked rapturous applause from the audience. "The Qur’an compels us to believe in the super rational; that which is beyond our comprehension."

The debate stimulated intense discussion and I found myself agreeing with different strands from different speakers, but to varying degrees. I am convinced that the scientific rationality of Abouheif and Jackson outweighs the droll scepticism of Babuna. But I was torn between the theological cerebral flexibility of Hasan and the unwavering categorical rhetoric of Qadhi.

As the event closed I was left restless and sensed that others felt similarly conflicted. I tried to envisage how to establish a consensus of Muslim opinion on this topic. Where was the call to action? Who would bring the necessary scholars and scientists together to form a legitimate committee?

The debate has lifted the lid on this Pandora’s Box, but the next steps are uncertain. Without more structured engagement with Muslims, the concept of human evolution will continue to be both an intellectual and spiritual minefield.