Pray for the Jewish people

High Holiday Advisory: How Not to Pray Like a Dog

One must be aware of the poor, the orphans, the victims of anti-Israel aggressions, and every individual Jew’s struggle to be more spiritual. We must ask forgiveness for all Jews everywhere and pray for life and blessing for the Jewish nation as a whole.

On Rosh HaShana and Yom Kippur, we all gather in synagogues, be they Orthodox, Conservative, or Reform, and turn out hearts toward the G-d of Israel to request forgiveness and atonement, life and sustenance.
The Zohar, the foundational work of the Kaballah, says in the 6th Tikun: "Everyone howls in their prayers on Yom Kippur like dogs – ruff ruff! Give us sustenance and forgiveness and atonement and life etc… These people have audacity!" 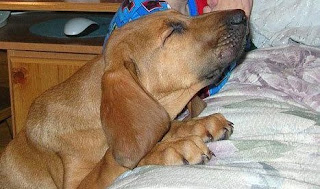 The Zohar check. Could this be you?

What is the holy Zohar trying to communicate to us? On the one hand, the High Holiday prayer books are filled with supplications for forgiveness and sustenance, yet on the other hand the Zohar is telling us that these very prayers are like the prayer of a dog. Ouch!!!

The famous Jerusalem sage Rabbi Shlomo Fisher delivered a class in the Bet El Yeshiva yesterday in which he explained this passage of the Zohar in a way that has direct ramifications on how we should be praying on the High Holidays. 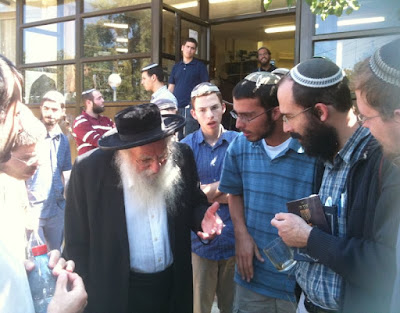 When a person is praying for his own longevity, livelihood, and atonement, he is likened to a dog coming before G-d and barking, "Give me, give me." To rectify this, a person must raise his perspective to ask on behalf of all of Israel – himself included. Then his prayers are heard.

But aren’t all of the prayers of the High Holidays written in first person plural asking for all of Israel e.g. "Grant us forgiveness, grant us atonement." So, who is the Zohar talking about when it says that people are praying on Yom Kippur like a dog?

This national trait was best described by Mark Twain in an article in Harpers Magazine in 1899:

"If the statistics are right, the Jews constitute but one percent of the human race. It suggests a nebulous dim puff of star dust lost in the blaze of the Milky Way. Properly the Jew ought hardly to be heard of; but he is heard of, has always been heard of. He is as prominent on the planet as any other people, and his importance is extravagantly out of proportion to the smallness of his bulk…

"The Egyptian, the Babylonian, and the Persian rose, filled the planet with sound and splendor, then faded to dream-stuff and passed away; the Greek and the Roman followed, and made a vast noise, and they are gone; other peoples have sprung up and held their torch high for a time, but it burned out, and they sit in twilight now, or have vanished.

"The Jew saw them all, beat them all, and is now what he always was, exhibiting no decadence, no infirmities of age, no weakening of his parts, no slowing of his energies, no dulling of his alert and aggressive mind. All things are mortal, but the Jew; all other forces pass, but he remains. What is the secret of his immortality?

"The Jew is eternal. He is the embodiment of eternity."

It’s not about the individual Jew. Rather, the Jewish People as a whole are eternal by virtue of the fact that they were chosen to be G-d’s representatives in this world. G-d is invisible, but we can see His reflection in the annals of the Jewish People.

When we pray for the material and spiritual advance of the Jewish People as a whole, we are, so to speak, "having mercy on G-d (Tikun HaShechina)," and concerning ourselves with strengthening G-d’s image as perceived through the welfare of His people. When the Jewish People prosper, it is a sanctification of G-d. When we sag, it is a desecration of G-d’s name.

Coming back to the Rosh HaShana prayers, in order to really pray for all of Israel, one must hurt the pain of the Jewish people and rejoice in our nation’s advance. One must be aware of the poor, the orphans, the victims of anti-Israel aggressions, and every individual Jew’s struggle to be more spiritual. We must ask forgiveness for all Jews everywhere and pray for life and blessing for the Jewish nation as a whole. When our supplications for ourselves come as an extension of our concern for the Jewish nation as a whole, then our barking is transformed into effective prayer.

One dog could really care less about another, but we as Jews must first and foremost pray for forgiveness, atonement, life and sustenance for those standing around us and in synagogues everywhere.

So yes, we must submit our case before G-d for our own material and spiritual needs, but only after and as an extension of begging for the needs of the Jewish People. 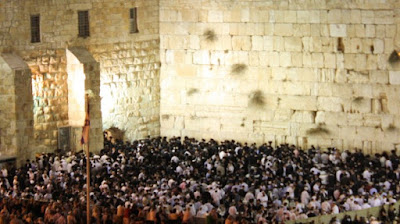 Posted by Baruch Gordon at 4:20 AM

This entry was posted in Judaism, Monotheistic Religions, Recent Posts. Bookmark the permalink.