(Author’s Note: The Socratic Method is a technique which utilizes a series of questions to expose inadequacies and inconsistencies in the beliefs of an interlocutor. Ultimately a new and better hypothesis is formed. The technique is commonly employed in legal education, cognitive-behavioral therapy, and forensic investigations. Peter Falk humorously employed this technique in his popular TV detective series, Colombo.

In the following fictional article, a spokesman for the Israel Ministry of Foreign Affairs, IMFA, uses the technique with a reporter from the BBC at a press conference)

IMFA: Now that I have explained my government’s opposition to the Saudi Peace Initiative because it omits dialogue, negotiation, and regional cooperation, I’ll take some questions. I’ll start with Richard from BBC.

BBC: Sir, why is the Government of Israel (GOI) opposed to dismantling the illegal Jewish settlements that were built on occupied Palestinian territory?

IMFA: I’m sorry, I don’t understand the question. Could you please explain it?

BBC: I’ll try to phrase it simply. When will the GOI begin to dismantle the Jewish settlements that were built illegally in the West Bank? 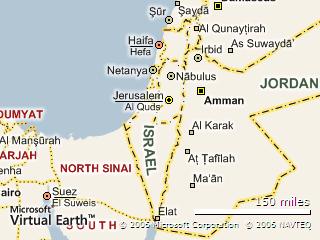 IMFA: Are you referring to the established Jewish communities in Judea and Samaria?

BBC: You can call them that, but former Secretary of State James Baker and former President Jimmy Carter have referred to these settlements as “obstacles to peace.” So wouldn’t it advance the cause of peace if these illegal settlements were removed?

IMFA: Why are they illegal settlements?

BBC: Everyone knows that they were built illegally on occupied Palestinian lands, not Jewish lands.

IMFA: Are you suggesting that Jews have no right to live in the environs of Jerusalem, Bethlehem, Hebron, Jericho, Shechem, and Shiloh, where they have strong historical connections?

BBC: I’m only suggesting that illegal settlements built on occupied Palestinian lands should be dismantled and returned to the Palestinians so they can build a contiguous independent state.

IMFA: I’m not sure that I understand. There are also Jewish communities in London, Paris, Amsterdam, Antwerp, Toronto, Melbourne, Johannesburg, Miami, Buenos Aries, and hundreds of other cities. Should they also be dismantled because they aren’t built on Jewish lands and are interfering with the contiguity of the host state?

BBC: Oh, no! I would never suggest that. Jews have been living in those cities for many years and should continue to live there. But there were no Jews in the West Bank when the illegal settlements were established.

IMFA: When Israeli troops entered the area in June, 1967, they discovered many desecrated Jewish cemeteries there. What does that suggest to you?

BBC: I suppose it suggests that Jews once lived and died there? Apparently they abandoned the area.

IMFA: How do you think that happened?

BBC: I suppose it had something to do with the population shifts during the war in 1948 and 1949, which resulted in the Armistice Lines of 1949.

IMFA: So Jews have no right to live there anymore?

BBC: Well, they shouldn’t be living on occupied Palestinian lands that are needed for a Palestinian state.

IMFA: I’m not sure that I understand. There are hundreds of ethnic minority groups in the world that are involved in “liberation” movements. Do they all deserve their own sovereign independent state?

BBC: No of course not. We can’t have the world carved up into hundreds of microstates which may not be able to function independently. But the Palestinians are a dispersed and oppressed people who have been suffering since 1948. They deserve their own state, free from oppression and occupation.

IMFA: Suppose a group of African Muslims from Darfur established a community in Judea, would you say that they should leave also?

BBC: Oh, no. Those people have been subjected to enormous persecution and torture. It would be immoral to uproot them from an area where they can live in peace, free from harassment and discrimination. They’re entitled to that and should be given every consideration to live in freedom and tolerance. As long as they are peaceful and productive, there would be no valid reason to uproot them.

IMFA: So perhaps they should also be given a sovereign, independent state since they are a dispersed minority group.

BBC: That wouldn’t be necessary since they can continue to live elsewhere as a minority group with full democratic and civil rights.

IMFA: Yet, the Jewish settlements in the area should be dismantled?

BBC: They had no right to build settlements on occupied lands when they could have built communities in the northern Galil and the southern Negev, there’s plenty of undeveloped land there.

IMFA: So Jews have no right to live a few kilometers from their holy sites in Jerusalem, Hebron, and Bethlehem?

BBC: Not if the settlements were established illegally on occupied Palestinian lands.

IMFA: Why do you call them “occupied Palestinian lands?”

BBC: Because the Israeli military invaded them in June 1967 and occupied them.

IMFA: Who was controlling those lands when the Israeli army entered in June 1967.

BBC: I believe it was King Hussein of the Hashemite Kingdom of Jordan.

IMFA: Was King Hussein a Palestinian?

BBC: No, he was a Hashemite and controlled the areas since the Armistice lines of 1949.

IMFA: Who controlled the areas before that?

BBC: The British government controlled them for about 30 years under a mandate from the League of Nations.

IMFA: Before that, who controlled them?

BBC: For many years, they were part of the Ottoman Empire.

IMFA: So the Palestinians controlled the Ottoman Empire?

BBC: Oh no, the Palestinians never had an independent state, and were always dominated and controlled by others, so it’s time for them to have their own state.

IMFA: And no Jews should be allowed to live there?

BBC: Well, the Jews fled and abandoned the area after the Hebron Massacre in 1929 and during the war in 1948. So when Israel defeated Jordan in 1967, there were no Jewish homes or synagogues in the West Bank.

IMFA: So if I understand your question correctly, you are asking when will the GOI dismantle established Jewish communities that were built on liberated, reclaimed, and purchased Jewish lands. Is that correct?

BBC: Well, not exactly, I mean umm…that…umm…well…may I ask another question?

IMFA: Sure, go right ahead.

BBC: When will the GOI dismantle the concrete barrier that is creating an apartheid system and violating the humanitarian rights of the Palestinian people?

IMFA: I’m not sure that I understand the question, could you please explain it?

BBC: I hear my cell phone ringing; I think my editor is trying to reach me. Perhaps you should call on the representative from Reuters. Excuse me.

One Response to Socrates Meets Colombo